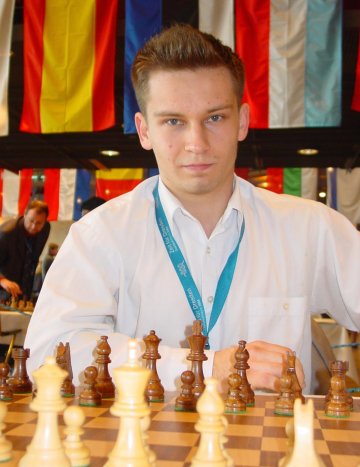 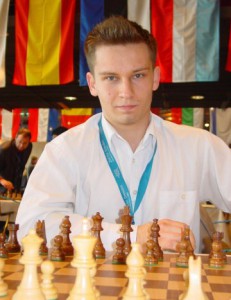 Andrei Volokitin was born on June 18, 1986 in Lviv, Ukraine. He is one of the greatest chess players in the world with many titles and awards. Andrei Volokitin started playing chess when he was under eighteen. In fact, he was in the first position in 1997 in the competitions of Ukrainian Youth Championship under 12. He participated in the world championship for the under 12 in 1988 and he emerged from the 1st to the 2nd place.  The following year he participated in three other key events that include: the world championship under 14, where he managed to get the 1st place, the Youth Olympiad where he emerged in the first place as a member of the team and the last event for the year that was very important was the involvement in “Amoco Cup” a 1st board tournament that was based in Baku where he managed to get to win once again.

The following year. He became even better in this game. He played very well in Bad Wiessee and managed 7/9 points. That same year he attended a tournament in his area of birth, Lviv and other tournaments in places that include Lausanne and Krasnodar and he won a title of International Master on tournaments. In 2001 he however had some tough competitions to handle. For instance a competition was held on Bad Wiessee Open where he managed to place himself in the 5th Position out of 512 possible participants with a score of 7 out of 9 points. However, he was still able to scope two titles the same year, that is the 3rd norm title and the Grandmaster’s title. Then he was only 15 years old.

In 2002, he participated in many chess games ranging from the 1st to the 3rd place in most of them. The key game in this particular year was when he played rapid chess and won the second position and defeated the giant of the game that is Ivanchuk. In 2003, he was involved in various tournaments.  Andrei Volokitin managed to gain the first place again in an open tournament that took place in Bermudas and at the end of the year he managed to get the 3rd position in an open tournament that took place in Batumi. In 2004, Andrei Volokitin proved the worth of many years of experience by scooping the title for the 73rd championship in Ukraine. He emerged as a winner in that championship that was competitive because he had gained more understanding of the game and more to it, it was his life passion already.

Consequent years have proved better for him. He was able to win the 6th Lausanne Young Masters festival. He did this with an astonishingly high performance rating of 2984. He was able to involve himself in the world cup in 2007 with the impressive performance that he had over the previous years. That was a highlight to him though he did not emerge as the winner. He however did not give up; in 2009 he was able to scope the Bronze medal in European Championship that was held the 17th time. In 2012, he managed to win a Bronze medal at the 40th Chess Olympiad, while representing the Ukraine team. He has been one of the best Chess players of his time, and he is continuously glowing in his field.