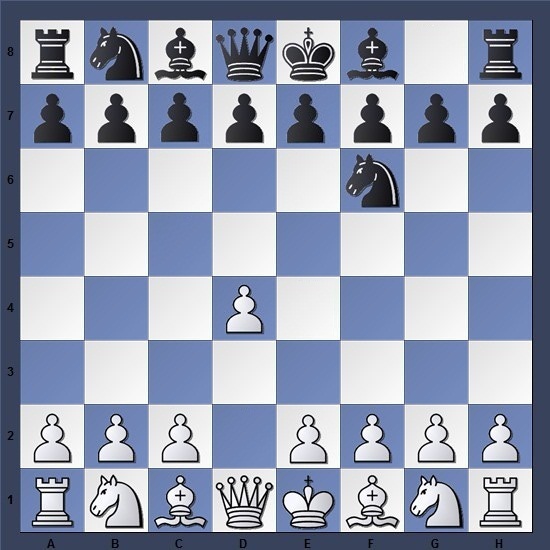 The openings in chess are the first several moves of the game, the group of initial moves of a chess game. Those moves are referred to as openings by White, or defenses by Black, but opening is also used as the general term. They exist many and different types of openings and of named variants.

The Aims of Chess Opening:

There are six principle aims of the openings: The development, control of the center, the safety of king, the prevention of king weakness,  piece cooridnation and finally the creation of positions in which the player is more comfortable than the opponent.

One of the principle goals of the opening is to mobilize the pieces on useful squares where they will have impact on the game. To this end, knights are usually developed to f3, c3, f6 and c6 (or sometimes e2, d2, e7 or d7), and both players’ king and queen pawns are moved so the bishops can be developed (alternatively, the bishops may be fianchettoed with a manoeuvre such as g3 and Bg2). Rapid mobilization is the key. The queen, and to a lesser extent the rooks, are not usually played to a central position until later in the game, when many minor pieces and pawns are no longer present.
The Control of the center:

At the beginning of the game, it is not clear on which part of the board the pieces will be needed. However, control of the central squares allows pieces to be moved to any part of the board relatively easily, and can also have a cramping effect on the opponent. The classical view is that central control is best effected by placing pawns there, ideally establishing pawns on d4 and e4 (or d5 and e5 for Black). However, the hypermodern school showed that it was not always necessary or even desirable to occupy the center in this way, and that too broad a pawn front could be attacked and destroyed, leaving its architect vulnerable; an impressive-looking pawn center is worth little unless it can be maintained. The hypermoderns instead advocated controlling the center from a distance with pieces, breaking down one’s opponent’s center, and only taking over the center oneself later in the game. This leads to openings such as Alekhine’s Defense – in a line like 1.e4 Nf6 2.e5 Nd5 3.d4 d6 4.c4 Nb6 5.f4 (the Four Pawns Attack), White has a formidable pawn center for the moment, but Black hopes to undermine it later in the game, leaving White’s position exposed.
The safety of the king:

In the middle of the board, the king is somewhat exposed . The players must take measures  to reduce his vulnerability. It is therefore common for both players either to castle in the opening (simultaneously developing one of the rooks) or to otherwise bring the king to the side of the board via artificial castling.
The Prevention of pawn weakness:

Many openings aim to avoid the creation of pawn weaknesses such as isolated, doubled and backward pawns, pawn islands, etc. Some openings sacrifice endgame considerations for a quick attack on the opponent’s position. Some unbalanced openings for Black, in particular, make use of this idea, such as the Dutch and the Sicilian. Other openings, such as the Alekhine and the Benoni, invite the opponent to overextend and form pawn weaknesses. Specific openings accept pawn weaknesses in exchange for compensation in the form of dynamic play. (See Pawn structure.)
Piece coordination:

After mobilizing their pieces, both players seek to ensure that they are working harmoniously towards the control of key squares.
Creation of positions in which the player is more comfortable than the opponent:

Each player aim to have the possession of the game and to make the other player in pressure through determinated moves and pieces positions.

The most famous chess openings: 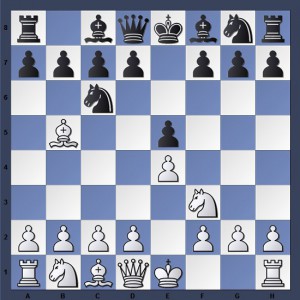 The Ruy Lopez is named after the Spanish priest who analyzed this opening in 1561. Nearly 50 years later, the Ruy is considered now as one of the most popular chess openings at all levels. Numerous variations have been deeply studied, and a wide variety of strategic plans are available to both White and Black. 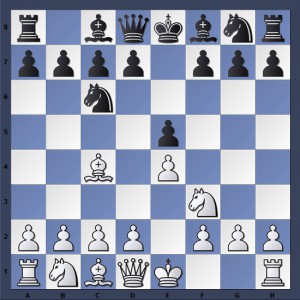 The Italian Game is considered as the oldest of chess openings, it have been developed in the 1600s  . The Italian Game is reached by the moves 1. e4 e5 2. Nf3 Nc6 3. Bc4. It remained quite popular through the 19th century, but today has been supplanted by the Ruy Lopez as White’s favorite choice on the third move. Bc4 eyes Black’s potentially weak f7 pawn, but improved defensive technique has shown this to be less dangerous to Black than Bb5. Still, the Italian Game often leads to aggressive, open positions which can be fun to play. This opening is still seen at all levels – and is quite popular among club players. The Sicilian Defense (1. e4 c5) is currently Black’s most popular response to e4, especially at the highest levels of chess. By playing c5, Black immediately fights for the center and attacks d4, but avoids the symmetry of e5. The Sicilian Defense typically leads to a complex and dangerous struggle where both sides can play for a win. 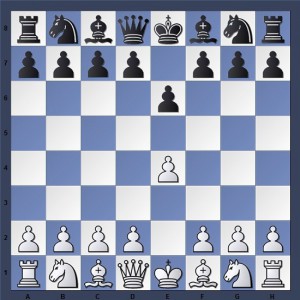 The French Defense (1. e4 e6) concedes central space to White and limits the scope of his king’s bishop, but prevents tactics against f7 while allowing Black to have activity on the queenside and counterplay in the center.

After the most typical line of 2. d4 d5, White’s e-pawn is immediately pressured, and White must decide how to deal with this – leading to several popular variations. Like the French, the Caro-Kann Defense (1. e4 c6) prepares d5 on Black’s second move to challenge White’s e4 pawn. The Caro-Kann is extremely solid, but not as dynamic as many of Black’s other defenses against e4. Compared to the French, Black has avoided blocking his king’s bishop, but will require a second move to play c5 – a source of counterplay in both defenses. 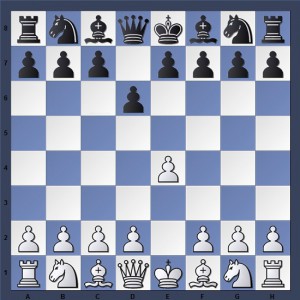 Originally seen as an inferior opening, the Pirc Defense (1. e4 d6) is today known as a solid choice. Black allows White to build an imposing center, then attempts to turn that center into a target for attack.

Some common variations in the Pirc Defense include the Classical System and the Austrian Attack. 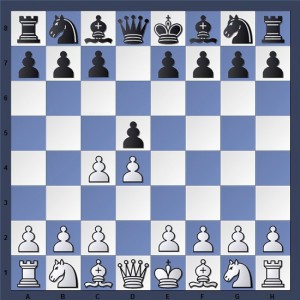 White players who prefer a quieter, more positional game tend to prefer 1. d4 to 1. e4, after which the c4 break is the best way to play for an advantage (either on the second move or soon after). The Queen’s Gambit, marked by the moves 1. d4 d5 2. c4, is one of the oldest known chess openings. This classical approach “offers” a pawn (in reality, Black cannot expect to hold onto the pawn if he chooses to capture it) in exchange for a stronger center. 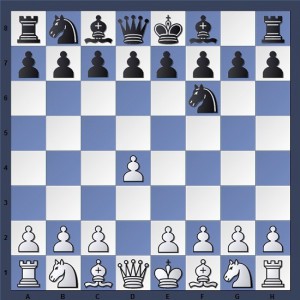 After 1. d4, Black is not obligated to play d5 in response. Today, the most popular response to d4 is Nf6, which leads to a collection of openings known as the Indian Defenses. These openings, while less solid than the classical d5, offer more immediate opportunities for counterplay. 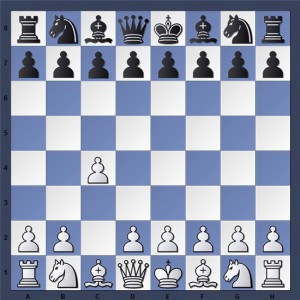 The English Opening is a flexible choice for White. The English often transposes into openings normally seen after 1. d4, either exactly or with slight variations due to move order. It is also possible to enter a “reversed” Sicilian Defense if Black responds with e5, where White is playing the Sicilian with an extra tempo.

One well-known setup that can arise from the English Opening is the Hedgehog Defense.

The Réti Opening (1. Nf3) is named after the great chess master Richard Réti. Like 1. d4 and 1. c4, the Réti also generally leads to closed positions, and all three moves can transpose into similar setups.

One possible formation for White is the King’s Indian Attack.