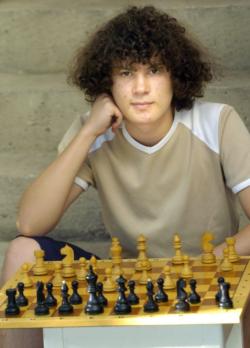 His FIDE rating as of January 2013 was 2614. He is committed to chess playing and he has been able to participate in several tournaments that have made him become a better accomplished chess player. In 2007 he went for the European Tournament and the next year he went for the 2008 World U18 Tournament which was held in Vung Tau, Vietnam where he emerged as the winner.  In 2009 he won the World Open and the same year he came in the second position in the Zadar Open.

In 2011 there was a tie for the 2nd place in an important tournament, namely the 31st Villa Open. He had his rating boosted and he got an invitation to the Tata Group A in 2015 after winning an event while being in the 14 category of Tata steel Group B in 2014.  He also participated in the Croatian Championship where he won with 7/9. In 2013, he went for the Corsia master which was in Bastia and which had started with 182 players. It was a competitive tournament where he managed to eliminate Etenne Bacrot, Evgeny Postny and Segey Fedorchukto, the main players who had qualified for the finals. The final game took place in Aiacciu and he defeated Almasi by 2-1 and took the trophy and top price of 15, 000Eur.

In November he attended three other tournaments namely the European Team Chess Championship, the 1st Budesliga Rounds 3 and 4 and the 1st International Rapid Tournament CU Splitsko-Dalmatinska Zupanija and was rated at 2550, 2520 and 1900 respectively.  In 2014 he attended the 51st Memorial First Croatian GM and his rating went down to 2450. Ivan Saric is indeed an expert in chess and a true Croatian sports hero. He has played with passion and devoted many years to becoming better in better in playing chess during his career.