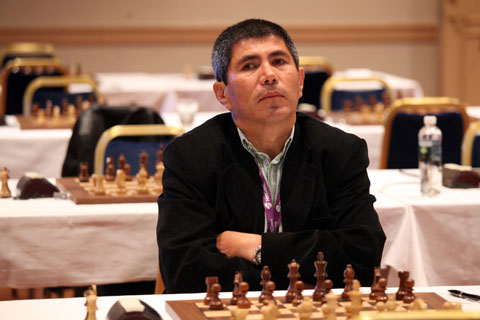 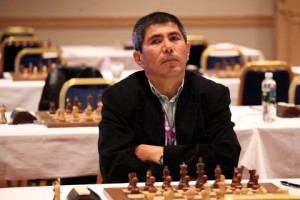 Julio Granda Zuniga was born on 25th of February, 1967 in Camana, Peru. He is a chess grandmaster who has made all Peruvians proud of being represented by him in the greatest chess tournaments worldwide. Julio Granda Zuniga learned to play chess when he was only 5 years old and by the age of 19 he managed to obtain the most wanted title of grandmaster given by the FIDE. He gained this title due to the fact that he managed to surpass the chess rating of 2500.

1993 was the year when he managed to rank 1st in the chess competition that took place at Mar del Plata. He is more than famous in Peru because he managed to become a chess champion there five times from 1994 to 2002. 2007 is the year when he managed to win the 4th American Continental Tournament from Cali. This victory gave him the opportunity to participate in the Chess World Cup which is a great opportunity for any chess player. He lost his first round match in this tournament to Arkadij Naiditsch .

2010 is the year when Julio Granda Zuniga won the 5th Turneo Abierto that took place in Guadalajara. In 2013, he also participated in the Chess World Cup and reached the 4th round. He participated in numerous chess Olympiads for his country, Peru from 1986 to 2010. Julio Granda Zuniga is a player that has been appreciated not only for his great talent in playing chess but also for his amazing technique and ability to focus during the game, leaving other [layers no chance of winning when playing against him. He is a really disciplined chess player that has given all to his passion of playing chess since he was just a little child.

Being a well balanced player from all points of view is a must if you are interested in becoming a professional chess player and Julio Granda Zuniga has certainly focused on that duringall these years because he has managed to throw some great games during the competitions in which he has enrolled. Being technical is as important as being talented and playign with passion in the case of chgess and discipline is something which a chess player cannot miss of he actually wants to become a popular name in the world of chess players. Being famnous is not easy when there are so many players oputhtre ready to taek your place, to win against you at any time and in any compeition but when the necessary efforts are paid and when the game og chess is played with great passion, great results such as the ones achieved by Julio Granda Zuniga can be obtained.

As Julio Granda Zuniga himslef has declared, being less than great is just not wirth it when you start your chess playign career. You either manage ti improve each day and win boig or you never become what you were supposed to be as a chess player.