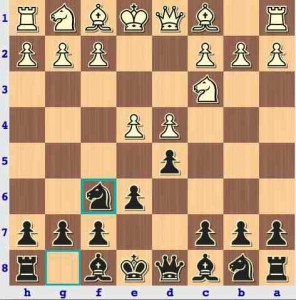 The game of chess has been invented about 600 A.D in India. This game is usually said to have been characterized by attacks against the enemy king. All the chess games start with the move by white and then in response of it black has to decide. The most common question that comes in to the minds of players is related to the opening they should adopt while playing. Chess openings can be defined as initial moves of a chess game. These initial moves are referred to as openings by white and another move is defense by black. These are usually sequence of moves which help a player to build up his position in order to prepare for the middle game.Chess openings are usually classified according to their moves. Three opening systems are used for classification ECO, NIC and Long but the most widely used system is ECO. The ECO (encyclopedia of opening chess) is a system of classification for opening moves in chess. it is presented in a five volume book collection that describes chess openings. The book contain small amount of texts which is usually presented in eight languages. Chess informant categorized them in to main five openings from volume A to volume E. each category is further broken into hundred sub-categories. Eco has provided different codes to each move. These ECO codes provide basis for chess opening list. ECO table provides these openings. A unique coding system has been developed by the ECO for the openings and other chess publication has also adopted the same. Chess moves are described by algebraic notation.

There are dozens of openings and a number of variations even after few moves. Chess openings are popular and time tested. Chess openings are listed after the names of many people. The Oxford copmanion to chess has listed 1327 named openings and variants. These names are mostly came from the names of chess players. But it is not the case that the name given to an opening is always that of the first player to adopt it. An opening is often named for the player who was the first to popularize it or who had published its analysis. Moreover chess openings are not only named after people but there are chess openings that are named after many geographic places. Some openings have also given fanciful names after animals. Although in opening wide variety of moves can be played the foremost aim behind opening move is to avoid being checkmated. Therefore in order to ensure that neither player makes blunder in the opening following aims of opening should be kept in mind:

The main reason to list all openings is basically to tutor the player about various openings. It provides the idea for various principles underpinning different openings. It is very difficult for player to memorize different variations and secondly there is always a point in a game when player is out of book. So you need to know what moves you are playing actually do. List of openings of chess is pretty useful in understanding king’s pawn openings, queen’s pawn openings and so on.