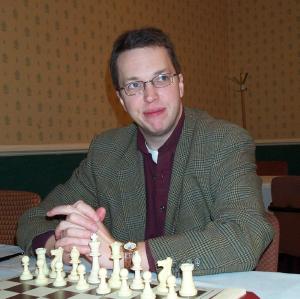 Nigel Short was born on June 1, 1965 in Leigh, Lancashire United Kingdom. He was the second son of David Short. He grew up in Atherton and studied at Bolton School and Leigh College. He was a God gifted prodigy, at the age of 10 won against Viktor Korchnoi in an exhibition which caught the media’s attention. He was the youngest player who has qualified for the British Championship at the age of 11. On January 11 1980 at the age of 14, he earned his International Master title and was the youngest ever to earn that title in the history of chess.

The title Grandmaster is awarded by FIDE.  Nigel Short won this long life title in 1984 at the age of 19. When Nigel was14, he tied for 1st place in the British Championship of 1979 with John Nunn and Robert Belin earning his 1st IM norm. He also participated in the World Junior Championships from 1980 to 1993. In 1993, he became the first English player to play a world chess championship match when he qualified to play against Garry Kasparov in London but lost.

Throughout his career as a great professional chess player, Nigel Short has represented England in every Olympiad since 1984. He became the youngest International Master in the chess history by scoring 8/15 in the Hastings Premier from1979 to 1980. Since 1984, he gained three victories in Dubai in 1986, three team silvers in 1984, 1986 and 1988 respectively. He has also won a team bronze medal (Novi Sad) in 1990. He won the British Chess Championships in 1984 and 1998 as well as the English Championship in1991.

In 2006, he won the European Union Individual Championship held in Liver Pool, scoring 7.5/10 and took his share of the 2nd place in this championship from 2008. He also played the top board for London in the World Cities Team Championship held in December 2012. He was put among the top 10 chess players from July 1986 to January 1997. In August 2005, he was unanimously elected as the General Secretary of the Commonwealth Chess Association.

He obtained the 1st place in Genève in 1979 and during the BBL Master Game in 1981, at AMSTERDAM OHRA in 1982. He came 1st in the British Championship from 2011 at the age of 46 but lost his tie breaker to Michael Adams. That year he lifted his rating back into the 2700 group. According to the list of world chess federation (FIDE) Nigel Short was ranked as the 62nd player in the world. Currently he is doing his job as coach of young chess players and travels around the world to share his knowledge.