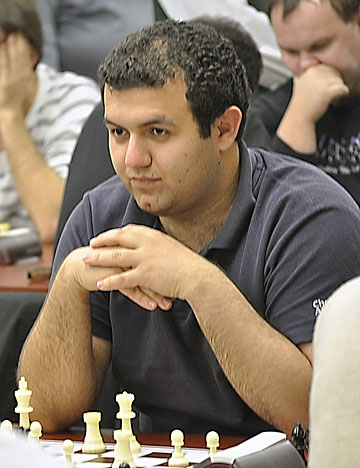 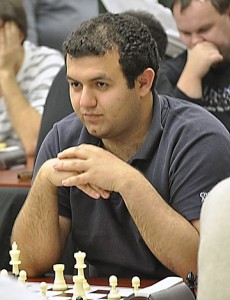 Rauf Mamedov was born on April 26, 1988. He is an Azerbaijani chess player who has gained the grandmaster title and whose FIDE rating is 2660. He started playing chess when he was only seven years old and gained his grandmaster title in 2004. This title was won as a result of winning the international tournament in Dubai.

Rauf Mamedov got involved in numerous projects and an important example to mention at this stage is the gold medal winning team that he was part of when winning the Team Chess Championship from 2009. In 2007 the same team had previously won the bronze medal. Other important victories obtained by this grandmaster chess player are the Corsica Masters Tournament from 2011 and the Azerbaijan Chess Championships from 2006 an 2008.

Rauf Mamedov has played hundreds of games and has won many of them this being the reason why he is considered a chess grandmaster. He has played most of his games from 1997 to 2014 and his FIDE rating is 2660. As far as his speed is concerned, the rating is 2705 whereas his blitz rating is 2766.  His overall record is of 59.5%, as the overall winning percentage.

Rauf Mamedov became a chess grandmaster at a very early age, just before his 16th birthday after winning the Dubai Open, a very important contest in the world of professional chess players. He won the championship of Azerbaijan in 2008 and became the 1st in the category of Spice chess players from the tournament in Lubbock, Texas. He also managed to rank the 6th in the Baku Open Tournament from 2010.

In the case of the 12th European Individual Championship from 2011, Rauf Mamedov managed to gain the 5th place or as it is said he was the 9th on the tiebreak. This enabled him to participate in the World Cup from 2011. In the World Cup, Rauf Mamedov bowed out from the first round played with the Indian chess player Abhijeet Gupta. He has been appreciated for his great performances in all the tournaments in which he has participated as a chess player and has always aimed at becoming better and better each day.

Rauf Mamedov is a passionate and talented chess player who has given everything to become as best as possible when it comes to playing chess. He has always wanted to win as much as possible in the world of professional chess playing and has given his all in order to make his dream come true. He worked hard to gain the necessary knowledge and skills in playing chess from an early age and each year he managed to become a much better chess player making everyone proud of him and of what he has managed to achieve.  He has won many prizes for his country and has always been one of the greatest team members this country has had as participants in the most important international chess competitions. He will remain an important name in the world of professional chess.