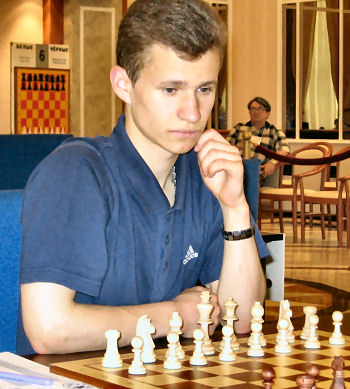 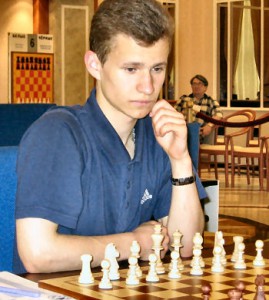 Sergei Zhigalko was born in Minsk in 1989, second to a brother who was a top chess player at Belarus. He has since then been involved in many chess games. He has taken after his brother Andrey Zhigalko. He has been involved in a number of Championships since 2003 and emerged as a champion in two of them. He became the champion of U14 European Championship that took place in 2003 and the second championship victory was during the U18 European championship. He once joined efforts with his brother to compete in Belarus Championships in 2011 and managed to achieve first place.  He also engaged himself in the 12th European Individual Championship were he gained the 5th place.

Sergei Zhigalko was able to engage in the main tournaments that have taken place in his country. In 2010 he participated in the Strong IV International George Agzamov Memorial in Tashkent where he managed the 1st place out of the four available. He went for the Chigorin Memorial 2010 the same year and managed to gain the eighth position. In 2011, he was involved more in tournaments than in the previous years and with more success. He came 2nd in place in the GM Tournament. Furthermore, he participated in the Moscow Open in 2011. The same year he went at Lake Sevan and managed to rank 4th in the competition. He won the Baku open that same year.  He went for a GM tournament in Lubin, Poland and managed a second place with 4.5 out of 7 points. At the end of the year, in October he attended the 15th open International Bavarian Championship and managed to get the 1st place. It was indeed a good year for him: full of victories and experiences.

In 2012, he had both bad and good moments in his chess career. First, he lost his position among the top 100 players after participating in the Aeropflot Open with a performance of 4.5 out of a total of 9 possible points. He however was in a place to recapture a position in the top 100 once again through the participation he made in the 13th European Individual Championships were he managed 7 out of the possible 11 points. That was a highlight that kept him going that year. He also got involved in the Nakhchivan open scoring 6.5 out of the possible 9; he also went on to play in the Chess Olympiad, board for Belarus managing a score of 7 out of the possible 10 points. When the year was ending well for others, for him it was like a nightmare, he was deprived of 31 points in the Chinese League though lucky enough he was still in the top 100.

Sergei Zhigalko entered the European Championships in 2013 and he maintained his ranking on the global scale. That same year he went for the Nakhchivan Open Tournament and scored 7 out of the 9 possible points.  He entered the Baku Open Championship that gave him a life time chance to improve his world rating and performance. In 2014 he attended the Brostein Memorial and managed to obtain a 6.5 score.