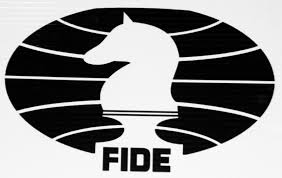 The Grandmaster is a title which is awarded to the chess participants who play exceptionally well. They are awarded this title by the organization of FIDE which is one of the most recognized chess organizations. It is also the best considered one and the most honest amongst various other chess organizations. Grandmaster is also known as the highest title amongst the chess players and the tournament participants. Above this, there is nothing and in order to achieve it one has to be intellectually strong. If one easily avails it, then it lasts for always which is a very prestigious thing. Above this, a chess player cannot attain anything. The usual abbreviation used in the chess world for the Grandmaster title is GM. This title is a respected material for anyone who is considered a chess representative. It is applied for men and women at the same time.

In 1978, a player named Nona Gaprindashvili was the first female to avail the title of Grandmaster. It was conducted by the special crews of the FIDE list. But the tag became famous and Nona became a household name in her region after this decision. The best thing is that they have taken this decision in a positive way by discovering everything about the player’s strategy and how he/she ‘behaves during the game. The FIDE list even includes a specific prize for those who are problem solvers as well as the composers of chess.

The first ever recognized term when used in the game world of chess was in 1838 in the consequence of Bell’s Life. The person who was regarded as the first ever to receive the grandmaster title is William Lewis. It was followed by Philidor who was regarded as a chess GM after that.  Then it was followed by several other players who were regarded as best amongst all players in the world. It is very difficult to obtain the GM title because every chess player plays magnificently and gracefully and choosing amongst them would be the most difficult task for the people in charge of selecting the players for this title.

In 1907, this GM title was offered to Siegbert Tarrasch who won the title of champion of Ostend. Some of the players were also regarded as GM even though they didn’t win the championship such as Carl Schlechter, Dawid Janowski, Amos Burn and lot more. They were titled because of the way in which they played in the championship tournament. They are still considered among the best players in the world. There are a lot of players awarded this tile as well as other famous chess titles who have proven that they are the best among all chess players.

The Grandmaster title is not easy to achieve in a world in which there are numerous great chess players doing their best to get all the tiles they deserve. Being the best among all the great players can only be achieved by those who really are grandmasters while playing chess.