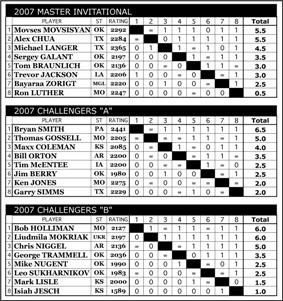 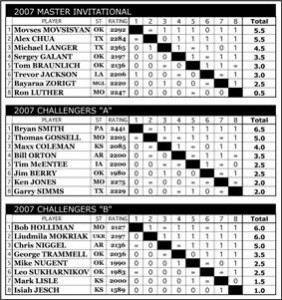 The Swiss System Chess Tournament was once used in Zurich in the year 1895 and since then it has been a standard of match pairing in several tournaments. It is a system that pairs opponents based on their ratings and usually the top players in a first round match end up playing the top players in later rounds. Because of how effective it appeared, this system was later on to be adopted in other games like squash, Quiz Bowl and Go Bridge.

The Swiss System chess tournament was created with the aim of achieving three distinct goals. First, it aims to make sure that every top player will play an opponent who meets their match. Secondly, the system was designed in a way that it creates a staged kind of play in all chess tournaments; that is making sure the grandmaster matches will forwards towards the later end. The last goal was to make sure that each game in a tournament produced a winner early in advance; winning is determined by which player scored the highest points in several rounds against the same opponent.

This was seen as a perfect system that will create fairness in all matches it was used in. however, there have been mixed feelings in the chess community as to whether this structure is efficient as it claims. On one side the structure is praised for its advantages but on the other hand there are some demerits that have been put forward.

The first disagreement about the Swiss system chess tournament is that it tries to prove the already obvious. This is stated against the first rule of pairing up the best with the best for a match. There seem to be a level of discrimination against those who didn’t make it to the top positions as they don’t get to see how good they are. The grandmasters on the other hand already know they are better off than the rest of the pack, so there is no need to pair them with other grandmaster just in a bid to prove how good they are once again. In most grandmaster face-offs, most opponents come out in a draw or play a correspondence match; which is too long and boring.

Another disadvantage put forward is that it’s not that easy to get a player who matches your own strength when playing under this structure. Only the top players get to play their equal best in the game while those who score low positions will be facing fluctuating games; they face a low rated player at one point and a high rated player at another. It thus becomes difficult to know your true rating in the game.

Nevertheless, the Swiss system chess tournament continues to be used for its ease of determining winners in a match. By the end of a tournament the winners are ranked best on who got the high scores in each round. In the event of a tie, then all the scores are added up to produce a winner.