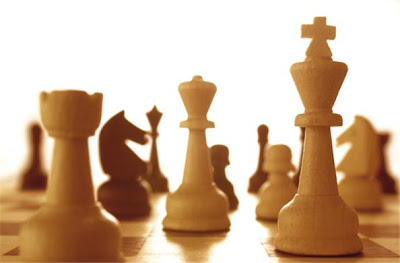 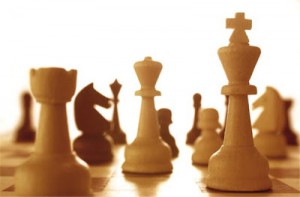 With over 128 players all competing a good number of the attendance comprised of grandmasters that were to go head to head with each other. On the other hand, some chess champions like Topalov, Anand, Nakamura and Kramnik declined the invitation to this tournament. Nevertheless, all the players chosen for this tournament were attending according to their high ratings which meant it was going to be a serious faceoff for champions.

Every player had been granted 40 moves for their first ninety minutes then thirty minutes and 30 seconds bonus for the rest of the play. The first round was pretty aggressive one which saw many of the players proceed forward except for one Sergel Movsesian who was eliminated by Yu Yangyi. The highlight for this game however came from the play between Varuzhan Akoblan against Pavel Tregubov who fought each other till late in the night trying to get the chance to face the Russian Ponomarlov in round two.

The second round was marked with a bit of disappointments as most of the players lost to their opponents. The top seeders in the first round mostly came out in ties while more of the players got eliminated on the second day of round two continuations. At the end of it all, only 32 players managed to make it to the third phase of the world championship 2009.

In the third round, two Chinese grandmasters Wang and Chao were not present when the round started thus lost the game through disqualification. However things were still shining for one Wesley So who managed to once again knock out another grandmaster Kamsky. This is after he had managed to wipe another grandmaster, Ivanchuk, during round two of the game.

By the fourth round, most of the youthful players who had made it this far were eliminated save for on Sergey Karjakin. Things were much tougher on this round since most of the players like Malakhov were experienced chess players. By the end of this round, only 16 players were left on the chess tables; these were Boris Gelfand, Maxime Vachier, Dmitry Jakovenko, Alexander Grischuk, Nikita Vitiugov, Shakhriyar Mamedyarox, Sergey, Karjakin, Vugar Gashimov, Fabiano Curuana, Etienne Bacrot, Ruslan Ponomariov, Peter Svidler, Alexei Shirov,  Wesley So and Vladimir Malakhov.

From the fourth round, the tournament was divided to the quarterfinal, the semifinal and the final match in which used a best of four format. In the quarterfinals, Boris managed to beat Dmitry Jakovenko by a 3.5-1.5 win to proceed to semifinals. Rusland beat Vugar with a 3.5-1.5 as well while Vladimir Malakhov beat Peter Svidler with a 1.5-0.5 win.

At the semifinals Vladimir was beat down by a 4-2 by Rusland Ponomariov while Boris Gelfand squashed Sergey Karjakin by a 2-0 win. It was already evident who the strongest player was, but the last round brought the truth to light when Boris Gelfand beat Ruslan by a 7-5 win.