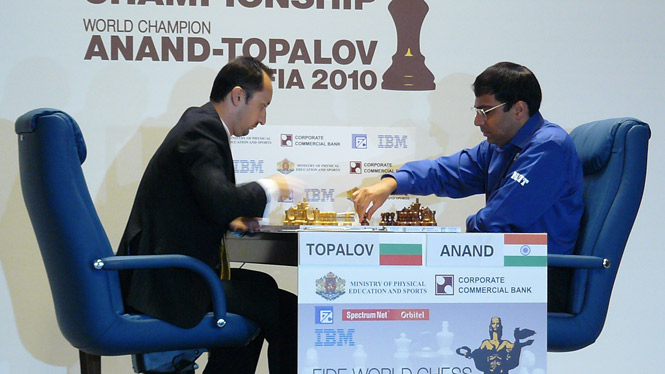 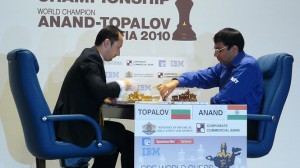 This was a match for two champions coming to defend their title as world champion in Sofia, Bulgaria. The two grandmasters were Veselin Topalov and Viswanathan Anand who were to face each other on the chess board from the 24th of April to the 13th of May. Such a long period to play a game of chess, but this could be easily understood since the prize money was 2million Euros for the winner.

The format of the tournament was the best of 12 games and additional tie breaks where necessary to make sure only one winner emerged at the end. As everyone anticipated for the 24th of April, the highly publicized match had to be delayed by one day because some volcanic emissions were affecting flights from Frankfurt to Bulgaria. Nevertheless everyone was able to arrive and hence the game commenced

The game’s additional rules were just as similar to those used in the 2008 world chess champions. Players were earning one point per every win and half a point to each player in every draw. The target was for one player to achieve six and a half points and they would become the winner. However on the event of a tie after the complete 12 rounds, then the two players would cast lots to choose their colors (white or black side) then face each other in four successive rapid games.

The other conditions were that after a tie in the rapid games, more color slots will be cast and two blitz games followed. When the blitz games don’t produce a winner, then the two players would face each other in the Armageddon round where a tie would automatically make black the winner. A winner definitely had to emerge from this match,

Both players were allowed to have helps to coach them on composure on the board and also to master a few more tricks to beat their opponent. Just like in 2008, Anand came with his group of seconds and this time he was privilege to add the genius of Kasparov and Kramnik in the team. Topalov also had his helpers alongside an IBM supercomputer on which he was practicing his moves on.

Soon round one commenced, and the opening was from an acute Grunfeld defence. But things weren’t looking good on Anand who lost the first round under the reason that he forgot the opening move he had practiced. Anxiety perhaps, but it was too early to just when 11 more rounds were on the way. On the second round, he had gained his composure to beat his opponent on a 1-0 score.

By the third game of The World Championship 2010, scores were still level as the two gentle drew each earning half a point. It is on the fourth game were Anand took another lead by beating Topalov 1-0. From the 6th to the 7th game, both players drew the matches until Topalov made a comeback win on the 8th game with a 1-0 to Anand. Another anxious draw happened from game 9 through 11 until Anand surprised his opponent with a Lasker defense that gave him control over the game and won the round 1-0.  At the end, Anand had proved to be the grandmaster of chess yet again.