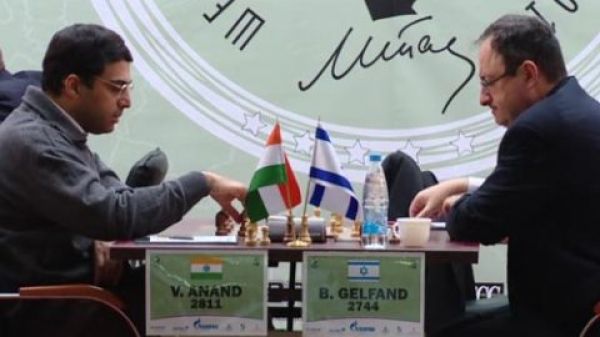 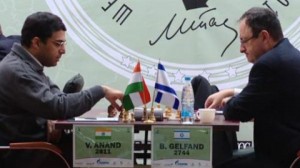 This comeback match was a face-off between two giants from different championship eras. Viswanathan Anand was the reigning champion from 2007-2008 while Boris Gelfand was the 2011 winner for the candidate’s tournament. The prize for the winner of this match was set at $2.6 million and the game was set for 10th may to 30th may.

Given the strong history of winning Anand had gathered, it was quite some speculation how he would fare in this one. Most spectators expected him to win by a huge margin, however the possibilities of Gelfand winning as well couldn’t be ruled out especially after his strong performance at the candidates’. But this was a match between a readymade grandmaster versus a candidate who was thirsting for the title. It was bound to be quite a match to remember.

These were the conditions for the match. Both players were to play best of 12 games which were to be timed. The minimum winning score was 6.5 points after which the tournament would automatically end. But this was not the outcome; actually the 6point mark was attained but was tied to both players. On the event of such ties, a fast game of chess was normally introduced thus the two players had to sit each other through four fast games with the time stamp reduced for each move.

Anand once more showed up with his team of seconds just like he did in all of his matches. It was the same pair he used during the 2008-10’ tournaments and they were Peter Heine Nielsen, Surya Shekhar Surya, Rustam Kasimdzhanov and Radoslaw Wojtaszek. Gelfand also had his wing of helpers who comprised of Maxim Rodshtein, Alexander Huzman and Pavel Eljanov. Later on in the match two more helpers came on board who were Mikhail Roiz and Evgeny Tomashevsy.

The first round of The World Championship 2012 was pretty tough between both players with difference tactics played against each other. A Grunfeld defence was served which was countered and progressed to other moves which were also countered between both players. This opening alone proved how strong both players were and by the end of the round, the game had tied by agreement.

In the second round, it was beginning to get a bit worrying as both players came out in a tie once again. Gelfand had played the same position he used in 1991 against Linares though he had lost that match. But his line of attack was different this time around perhaps in the hope that Anand would not detect his intentions. However, Anand took his training classes pretty good, for he countered his opponent with several sharp moves which opened a door for him to build a good defense against Gelfand’s prized white pieces.

Victory was definitely elusive as both players still hand taken either down by the 6 round. But hope began to shine in the 7 round when Gelfand took Anand out by a 1-0 score after Anand sacrificed his bishop to gain a vantage point. In the eighth round Anand was furious and he squashed Gelfand by a 1-0 to bring back the scores to level. By the 11 round, the two players still were drawing, which introduced a tie break game which saw Anand beat his opponent at the second round to take the title of The World Championship 2012.