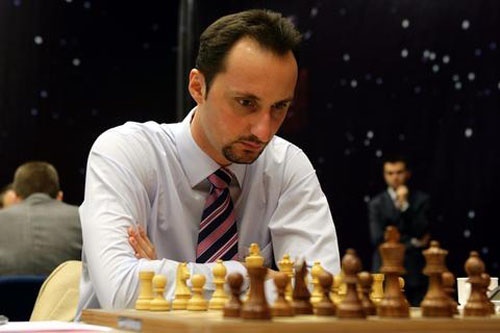 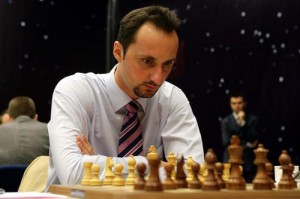 Located in the Northeastern part of Bulgaria is Rousse, the fifth largest city of the country. It is also known as “The Small Vienna”. From this City, hails the Chess Champion who has brought so much pride and honor to the Bulgarians, especially to the people of Rousse. He was born on March 15, 1975. At an early age, Veselin Aleksandrov Topalov was already exposed to the world of Chess. His father taught him how to play chess when he was only eight years old and since then, he has shown his interest and expertise in playing chess. The difficulties he has experienced as a child was not a hindrance for him to prove his interest in playing chess and be called a chess genius. When he was only 12 years old, Silvio Danailov became his guardian and took him to stay and live in his house. Silvio Danailov, who was also a good chess player, gave up his ambition and instead, he took care of the little chess genius where he finance and pay for all his needs. Aside from being his guardian, trainer and coach,  Silvio Danailov also became his parents who gave him financial and moral support.

Veselin Aleksandrov Topalov was then only 12 years old when Silvio Danailov placed him in his custody and care where he can give his full concentration to train and groom him. In 1989, his ability to play chess was tested; he joined the World Under-14 Championship held in Aguadilla, Puerto Rico, where he made his first important achievement as a chess player by winning the said competition. Another competition, which brought additional colors to his name as a chess genius was held in 1990 in Singapore. He won a silver medal in the World Under-16 Championship. After two years, he finally got the title of “Grandmaster”. Because of his remarkable achievements in chess, he was chosen as the leader of the Bulgarian National Team in 1994 where they joined the Chess Olympiad held in Moscow. His name became a byword to the entire chess enthusiast. He won all the games he played in different tournaments all over the world. The year 2005 brings another great victory to the Chess Grandmaster by winning the FIDE World Chess Championship held in Potrero de Los Funes, San Luis, Argentina. The tournament started September 27 to October 16, 2005 where famous chess players around the world participated. Veselin Aleksandrov Topalov great victory in the FIDE World Chess Championship gave another honor and pride to his country. After the great success he has made from winning FIDE or Federation Internationale des Eches (the International Chess Federation) World Chess Championship, he ranked number one from April 2006 to January 2007, however, some chess experts who got higher ELO rating compared to what he got replace him as the number one in rank player. However, in October 2008, he regains his number one rank until January 2010. Every Player of every game should accept the fact that for every game played, the player has only two choices to make; to win the game or to lose the game. The “Chess Grandmaster” was not spared of the choices because he lost the World Chess Championship 2010 to Viswanathan Anand. The championship match was held in Sofia, Bulgaria. After several more games, which gave good results, he automatically qualifies to play in the Candidates Tournament for the World Chess Championship 2012. Once again, the Chess Grandmaster has proven his extraordinary talent and ability to play chess by making it to the top in the World Chess Championship 2012.Veselin Aleksandrov Topalov made another history in the field of chess when he emerged as the winner of the 2013 Renovo Grand Prix in Zug. The achievement he made in winning the Renova Grand Prix manifest his grand comeback in the chess world. He was then one of the top 5 best players in the world. He was given an award of the 11th Oscar for the FIDE World championship by the Russian Chess Magazine. As a Chess Grandmaster and geniuses, he was not spared of controversy and any problems. In one of his games with Vladimir Kramnik, his manager Silvio Danailov suspected that the games played by Vladimir Kramnik and the Grandmaster have some irregularities while the game is going on. He made a press release announcing his suspicion that said irregularities occurs or happens when Vladimir Kramnik went to the private bathroom. Silvio Danailov alleges that Kramnik uses computer assistance and he did it every time he visited the toilet.  Because of this, Silvio Danailov requested that using of the private room should be stopped. The Appeals Committee agreed and ruled the closure of the restrooms and instead, a shared private room must be put up for players use. 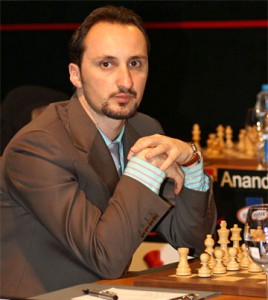 Veselin Aleksandrov Topalov Considers playing chess as a game that can help develop or improved concentration and focus of the person. He also considers playing chess as a form of recreation and entertainment. His style of playing has caught the attention of many people, especially people who likes and understand the game. Chess is a game that needs focus and concentration. The player has to think fast and make a fast move. The “Grandmasters” style in playing chess becomes popular, however, after his championship game with Vladimir Kramnik in the World Championship Match 2006, his popularity with his fans was affected. But in spite of what happened, the name of the great Grandmaster will never be forgotten; he will always have a special place in the hearts and mind of every chess lover and enthusiast. Last September to October 2005, the Grandmaster played in eight-player, double round robin FIDE World Chess Championship in San Luis, Argentina. The result of this game has encouraged the combination of the FIDE World Title and the Classical Chess World Title. It was encouraged by the chess community. The FIDE president then announced the reunification match of Kramnik and the Grandmaster in September to October 2006.