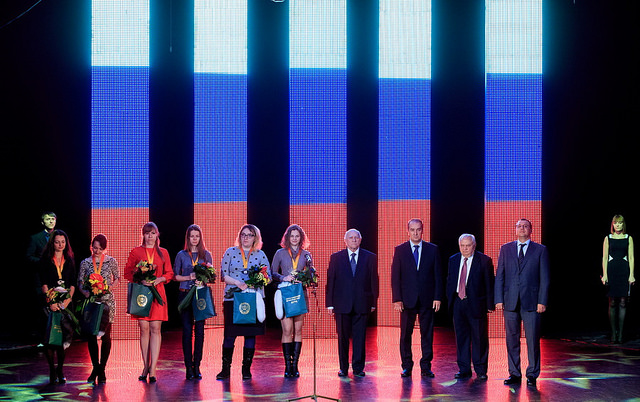 The FIDE Women World Blitz Championship 2014 was held from 26th to 28th April at the Ugra Chess Academy in Khanty-Mansiysk.

Entering the third day of the Championship, Anna Muzychuk and Nana Dzagnidze were tied on the first place with 15/20 points each.

Anna Muzychuk claimed the title of the Women’s World Blitz Champion after the strong run on the final day of the competition.
Muzychuk completed the event with 23/30 points, leaving the nearest follower 2,5 points behind. 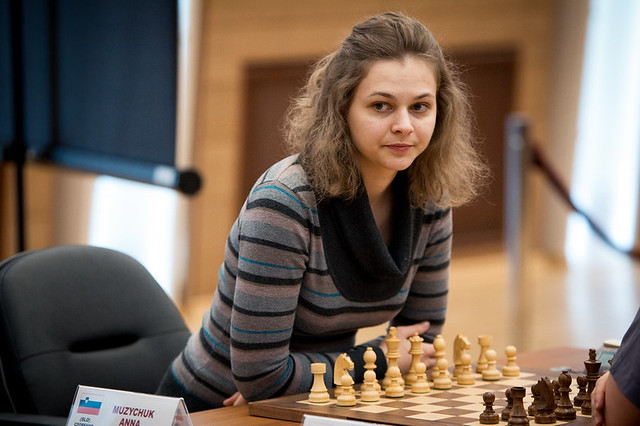 Nana Dzagnidze took the silver medal with 20,5 points, while Tatiana Kosintseva won the bronze after the furious finish that brought her to 20 points.

Already in the 11th round Dzagnidze was held to 1-1 by Harika and Muzychuk beat Natalia Zhukova 2-0.

Muzychuk continued the winning row with 1,5-0,5 against Elisabeth Paehtz and 2-0 against Anna Ushenina. Meanwhile, Dzagnidze could not make more than 1-1 against Alexandra Kosteniuk and Marina Guseva, respectively.

Following the 14th round 1-1 tie with Marina Guseva, Anna Muzychuk secured the title of Women’s World Blitz Champion with one round to spare.

This result is immensely important for the young Slovenian, who many times finished joint first or second in the official events, but never before took the trophy.

Dzagnidze still had to work to secure the silver and 1,5-0,5 against Inna Gaponenko in the 15th round was just enough to seal the 2nd place. 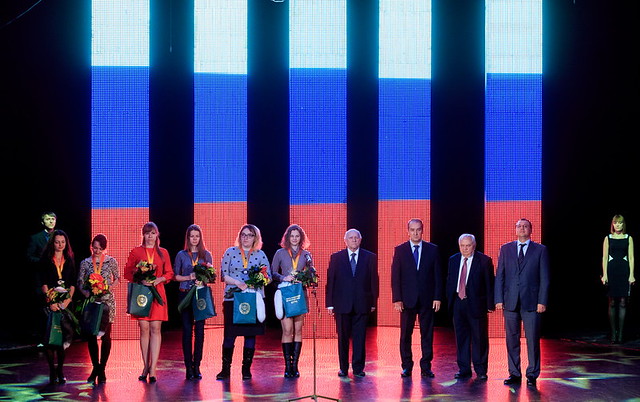 The final ceremony with the prize winners

The final standings of the tournament