Home
|
Best of chess
|
April ratings, a lot of surprises!!! 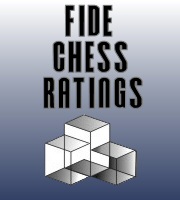 The last FIDE rating list of april has appeared and it brought a lot of changes. Of course the candidates tournament was one of the causes of these changes.

the big winner and star of these changes at the top rating list is of course vishy anand who gained no less than 15 elo rating points making him climb to the third spot, just before Kramnik who lost 4 elo points, and  behind  the solid second levon aronian who despite losing a bunch of points keeps his second place. His majesty magnus carlsen is of course with his stratospheric 2881 record almost unreachable !