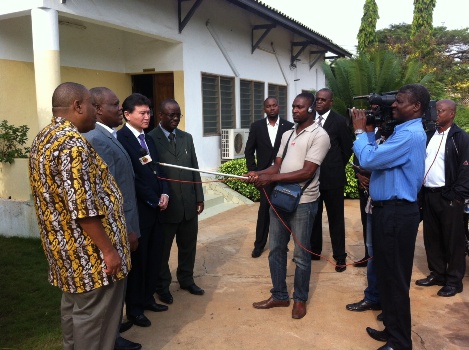 On February 17-18th the FIDE President visited Togo. He met with the leadership of Togo Chess Federation headed by the President Mr. Frederic Mawuvi Koue Kouevi, and the representatives of chess federations of Ghana, Mali, Ivory Coast, Senegal and the initiative group for establishing the chess federation of Burkina Faso. President Ilyumzhinov visited the orphan center 50 km far from Lome where the chess lessons are conducted. 170 children are taught in this center. FIDE President played a simultaneous game and at the meeting with the official of the center he announced on the financial support allocating $3000. 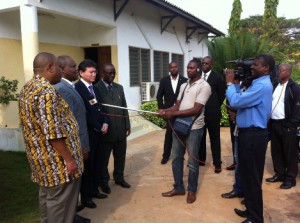 On February 18th Kirsan Ilyumzhinov met with the President of Togo NOC, Mr. Yawovi Yao Goe-Ho Dogbo, and the Minister of Sports and Recreation, Mrs. Angele Amouzou-Djake.
He informed the Minister on the meetings with the leadership of chess federation of Togo, possibility to allocate four stipends for those who wish to study at the Russian State Academy of Physical Culture, and the experience on implementing the CiS programme in different countries.
At the meeting with NOC the FIDE President enlisted the support of Togo on the idea to include chess in the programme of Winter Olympic Games. Mr. Dogbo intends to address to IOC on this matter.